Cat in a Castle 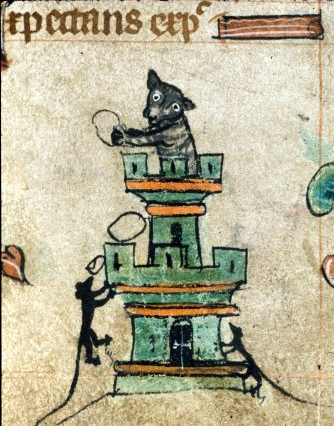 Image of a cat throwing rocks at ascending mice, from the Harley manuscript 6563 f. 72 held in the British Library

PZ Conservation are in the papers (again) ! 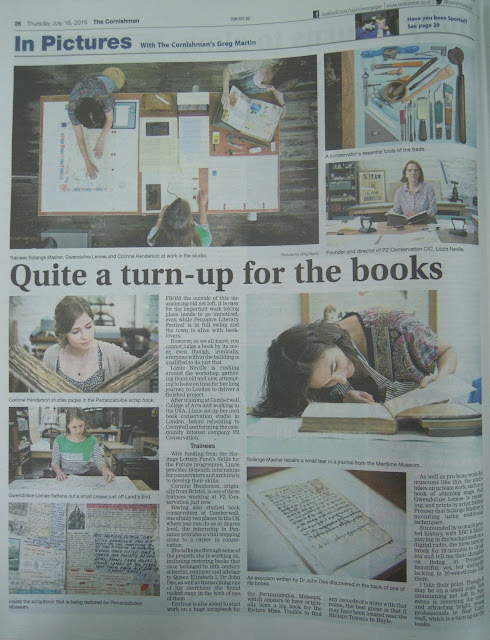 A lovely article about the studio and our work appeared in this week's Cornishman newspaper.

Posted by www.conservationandcats.co.uk at 11:15 No comments:

Conservation of a Maritime Memoir

I do like a good scrapbook, as anyone who is familiar with my final project at college will know. The many different components, the oddities and surprises, and the personal nature of the objects really appeal to me and I enjoy working on them greatly. Which is fortunate, as I've had a few come my way lately! 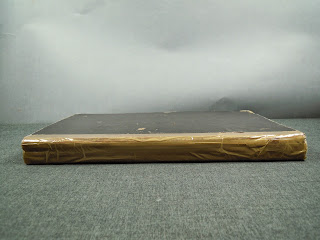 This book came from the National Maritime Museum in Falmouth, and is the memoir of a nautical chap called Edwin Pengelly, and details his fascinating and varied life at sea. The entries date from 1899 - 1950, written in graphite and ink, and contain drawings, poems, photographs, newspaper clippings and memorabilia from different ships and voyages that he had been connected to. 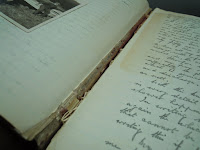 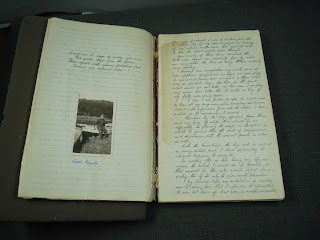 Edwin Pengelly and the damage to the book

The tightback stationary binding had originally been bought from Boots, who at the time described themselves as: book sellers, stationers, picture framers and cash chemists. This is a nice thing to come across as I did not know the company had been around for this long, or had once been such a varied business! 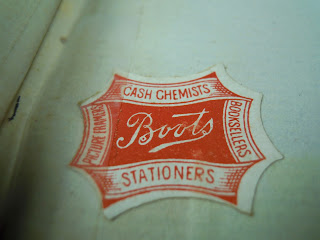 Boots: not just a chemist!

The book was in poor condition when it came into the studio. The leather on the spine had severely deteriorated and the binding was being held together with duct tape, double sided tape and a frosted magic tape (just for good measure!) The front board was detached, and the back board held only by the endpapers. The backs of the sections were very damaged with many single pages that had become detached. Some of the inserts were not adhered to the textblock, and some were missing. There was also minor tearing through out. 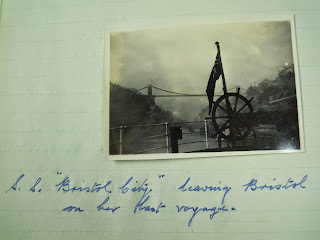 'S.S."Bristol City" leaving Bristol on her last voyage'
A sad entry of SS Bristol City which was wrecked in 1943 by a German submarine, losing 15 crew members

It was important to make the book handleable and accessible, while keeping the 'scrappy' nature of the scrapbook intact, and ensuring that no pages or inserts would risk further loss or damage in the future.

First of all the pages were collated and a photograph was taken of each page with additional material adhered to it or loose, to maintain the order and position of everything throughout the conservation treatment. During the tape removal it became apparent that there was only small and thin remnants of leather remaining on the spine, and so it was decided to remove it and replace it with an entirely new and structurally sound skin. 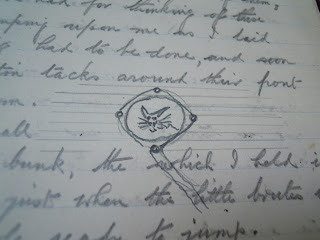 The old machine sewing was cut and repairs made to the damaged pages, including all sections being guarded multiple times with 12 gsm Japanese paper. This reformed the sections where they had broken, added strength and also bulked out the spine to compensate for the additional material that had been inserted into the binding. The loose inserts were readhered using either wheat starch paste or Secol archival quality dry mounting for the heavier inserts that were otherwise tearing at the pages. 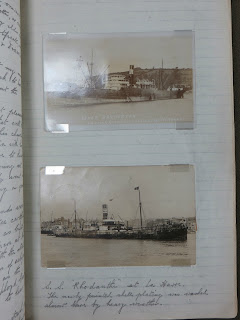 The textblock was then resewn on tapes using the original holes, and the spine was gently rounded by hand and lined with Japanese paper. The pastedowns were lifted and the tapes adhered beneath to reattach the boards. Aerocotton spine extensions were also inserted into split boards.  Additional spine linings of hahnemuhle were added and sanded down to create a smooth surface for the reback.

The paper covers were lifted, and the book rebacked using a red goat skin leather to match the original colour of the leather. Lifting paper on the cover was readhered with paste and a protective melinex dust jacket was made for further protection. Finally a box was made to house the book in storage. 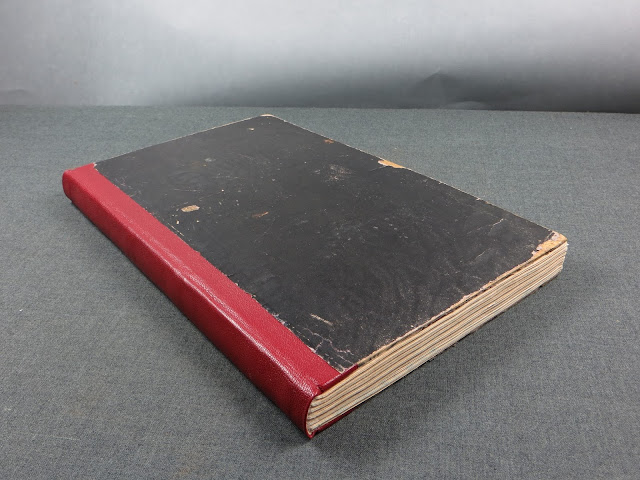 This was a great project, and the book is now stable, strong and ready to be used, having lost none of its original charm. The real challenge was not getting too distracted by the interesting content!
Posted by www.conservationandcats.co.uk at 11:43 No comments:

Going for a Dip 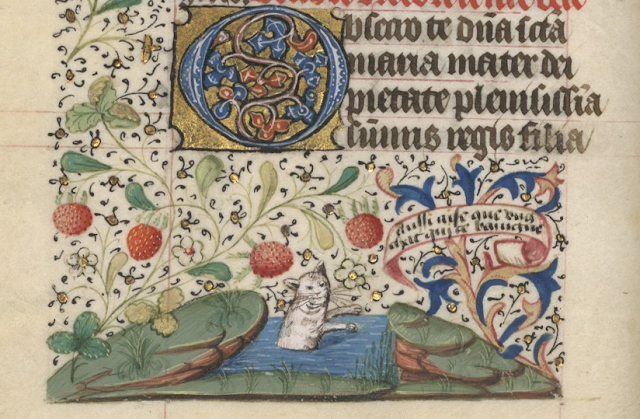 Found in the Horae ad usum Rothomagensem manuscript from the 15th century, held in the Bibliothèque nationale de France.